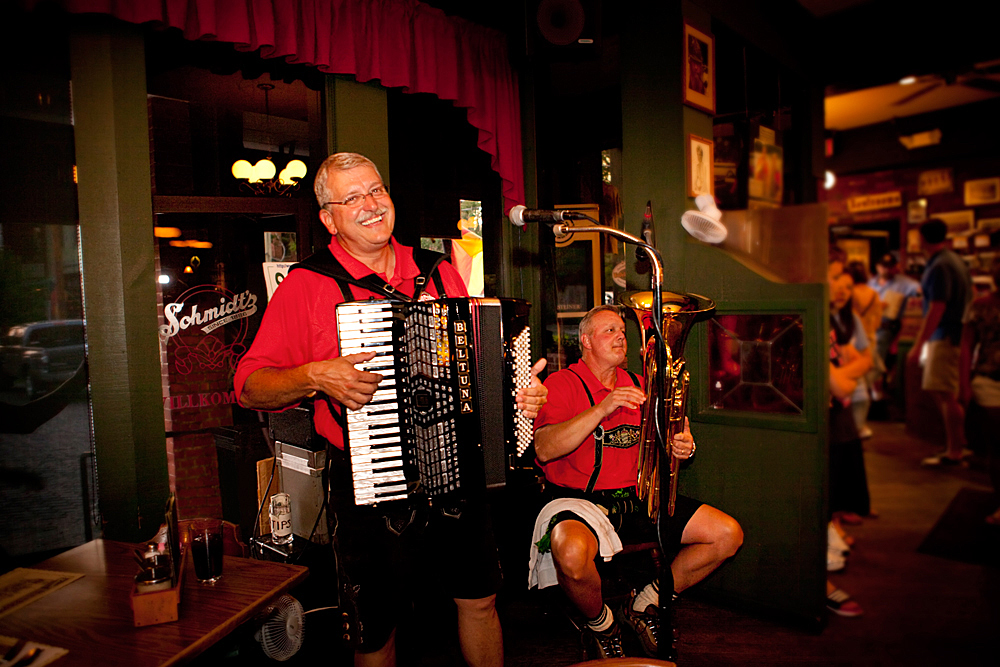 Squeezin’ N’ Wheezin’: Leader Michael Farrenkopf was born to German immigrants in Columbus, Ohio. As a youngster, he quickly became familiar with high-spirited German music. He began performing at Schmidt’s in 1978 and convinced his brother Martin to join him to form the duo. It was a match that worked and the duo has provided Schmidt’s with their “gemutlichkeit” party atmosphere ever since. Although the band has been known to accept invitations to tour Germany and Northern Italy, you can see them right here at Schmidt’s, every Thursday and Friday night – creating an Oktoberfest feeling all year long!

Der Musik Masters: This dynamic duo has been part of the Schmidt’s tradition for nearly 40 years! Tommy Swisher and Chris Weiss provide the OOM PAH PAH on Saturdays / Seasonal Wednesdays 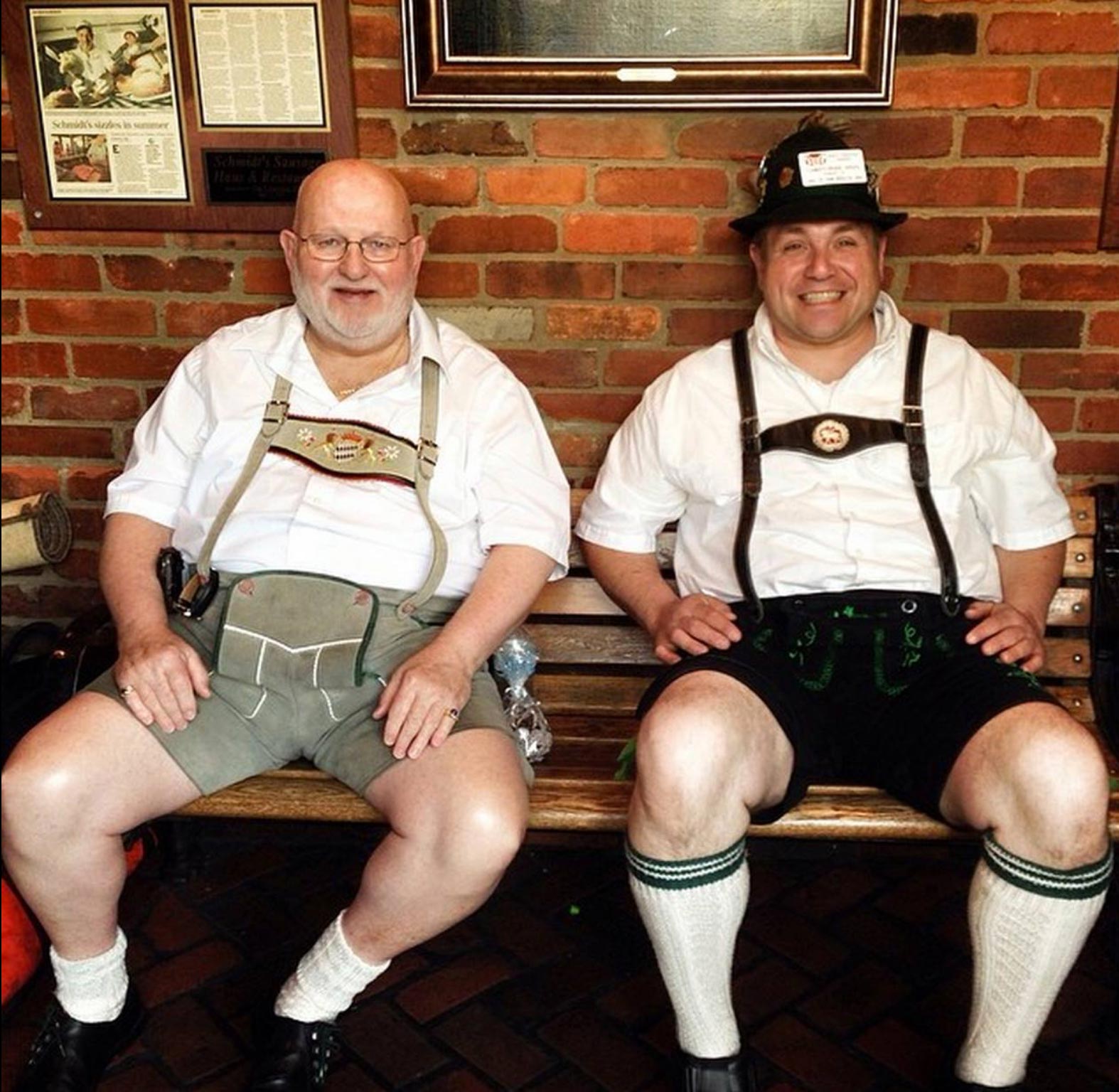